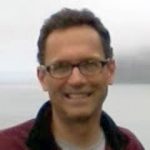 This coming Sunday, June 4th, we will hold our semi-annual meeting at noon in the sanctuary. All members are encouraged to attend, to fulfill one of the basic obligations of membership.  Non-members are also welcome to attend but aren’t able to vote on any of the motions. The primary purpose of spring semi-annual meeting is to approve the church’s budget for the upcoming fiscal year, which begins July 1. The Board previously presented a draft budget at a congregational meeting on April 30th, and, ordinarily, that budget would be very close to the one presented at the semi annual meeting. However, as I noted in my Weekly Update column two weeks ago, the Board learned that the preschool that has rented our space for the past 6 years (FUSE) will be leaving on August 31st and therefore the revised budget reflects only two months of rental income from them rather than twelve. As of this writing, the proposed 2017/18 budget is still being finalized, but a final proposed budget will be available on June 4th. At the meeting, we will also discuss other financial matters (an update on the Phase I Capital Campaign and a proposed change to the payout terms of the Good Samaritan Fund), as well as elect new officers for the coming year and vote for UUA President.
Please plan on attending the meeting.
In fellowship,
Tom Rich
Section Navigation