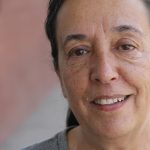 Beginning on December 7th, the First Parish Art Gallery in Parish Hall will feature photographs from the Boston Beings series by Will Gibbons, which will run through January 31st. Will writes:

“On September 24th 2014, I started walking around Denver with my camera. I didn’t really know where I was going. I was new to Denver and wanted to get to know the city better through its people. I took strangers’ pictures and talked with them. What brought them to this part of Denver? What brought them to Denver in general? The conversations took off from there. I approached almost anyone I saw, though I gravitated towards people sitting by themselves. I heard their stories and became attached to these people. Their words stuck with me. I saw them days and weeks and months after we first met—sometimes in completely different parts of the city—and took new pictures and had new conversations.

In July 2015, I moved back to Boston and began the same project here. I wanted to use my camera again as an excuse to hear people’s stories and listen. I wanted to stop and meet all the people I’d usually walk by without approaching. ”