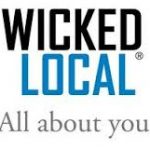 As part of their Building Community series, the Lexington Minuteman featured Rev. Anne in their March 16th edition! In case you missed it, the article is below.

“We have a vision of the American dream that is so handed down from a certain racial and class perspective,” Mason said. “It’s important to me to try and un-peel those layers of oppression.”

On Sunday, March 26 at 4 p.m., Mason will be officially installed as the minister of the Unitarian congregation. The event is free and open to the public.

In an interview with The Lexington Minuteman, Mason said one of her goals is to show the common bond everyone has in the current political climate.

“I want people to understand how vitally important faith is in our lives, not faith as described by certain louder voices in the country, but the faith of ordinary citizens which connects us to our deeper values,” Mason said. “It matters what I believe, it matters what you believe.”

Building Community is a year-long initiative to highlight aspects of the community that contribute to our sense of belonging and foster new connections.

Mason is coming to Lexington from Lancaster, Pennsylvania, where she served as director of music at the Unitarian Universalist Church for that town.

When asked about the role of music in faith and community building, Mason said she believes music fills a space all its own.

“Music does everything that words can’t do, and it does it better,” Mason said. “Music has a way of entering into our consciousness. Designing worship is a multi-layered activity. The way that the hymns flow in and out of the service are very important to create an emotional cycle to the service and how it flows, kind of like a concert.”

While on a trip to Istanbul when she was 19, Mason said she got in trouble for singing in the Hagia Sophia, once a Greek Orthodox church, then a mosque, and now a world-renowned museum.

“I was once threatened for singing a song in the Hagia Sophia in Istanbul,” Mason said laughing. “I was just moved to song.”

The move from Lancaster to Lexington is one Mason said she is excited for. She hopes to capitalize on the expertise of community members for a greater good.

“I think Lexington has a long history of being national leaders,” Mason said. “We have so many individuals that live in the town that work on a high level at the academic institutions in the Boston area. I would love to find a way to connect the people that live here and the work being done in climate change and where progressive values are important.”

Mason said much of her work in the past few years has focused around revealing the extent and pervasiveness of racism in modern society.

In a world which is seeing increased emphasis on racism and race relations, Mason said relativism and empathy are the paths forward.

“When people are the majority, they don’t understand the perspective of people who are not,” Mason said. “It changes my sense of who we are as human beings when we truly begin to feel for other people who are not us.”