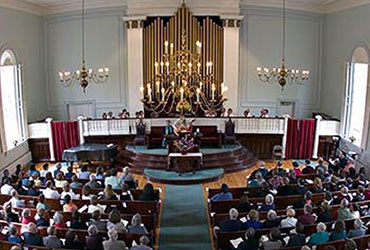 Sometimes our Abundance feels just a bit too….abundant. Whether we are collecting, maintaining or lessening our possessions, our relationship to the ‘stuff’ of life is complex.

On Sunday Kelly Clark (Rip Jackson’s cousin from Georgia) will be the guest singer for the service. He will join Rip in singing duet versions of “Abide with Me” and “Bringing in the Sheaves.” Kelly will also sing Charles Gounod’s iconic “Ave Maria” (adapted from J. S. Bach’s “Prelude in C Major”). For the centering music and postlude, J. S. Bach’s joyful “Preludium and Fuga in G Major, BWV 557” and Chopin’s “Raindrop Prelude in Db Major” will be played on the piano and organ.