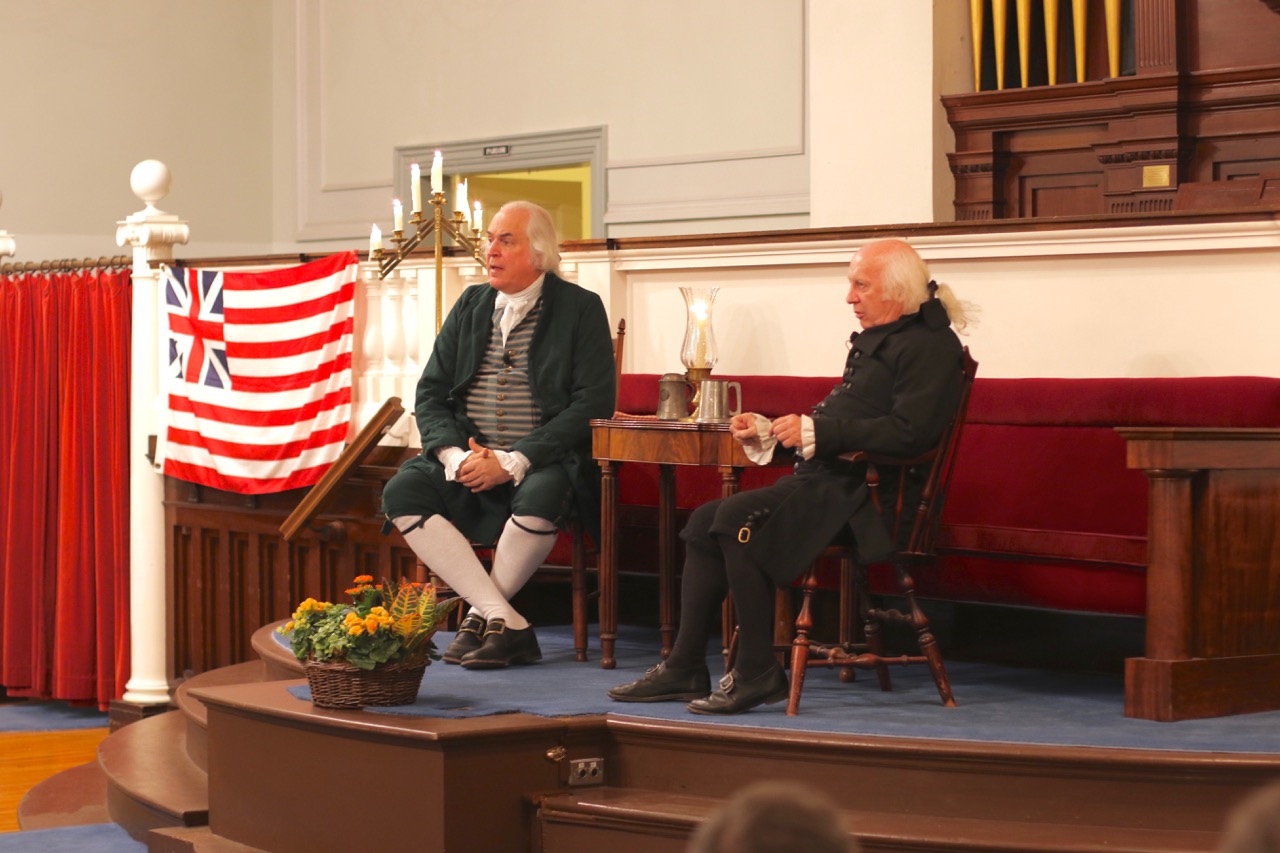 George Washington [Dean Malissa] and James Madison [John Douglas Hall] informed and entertained a large, attentive audience at a Dialogue on Church and State at First Parish on Thursday, November 16, the second event in the church’s 325th birthday celebration. Welcomed by the Rev. Anne Mason, proceeded by a brief presentation on the nature of church and town in 1692 by Lexington historian Sam Doran, introduced by moderator Dan Fenn, and accompanied into the sanctuary by four current Lexington Minutemen, our two past presidents settled into a warm conversational setting complete with candles and tankards to relate their experiences in and understandings of the founding of our nation. 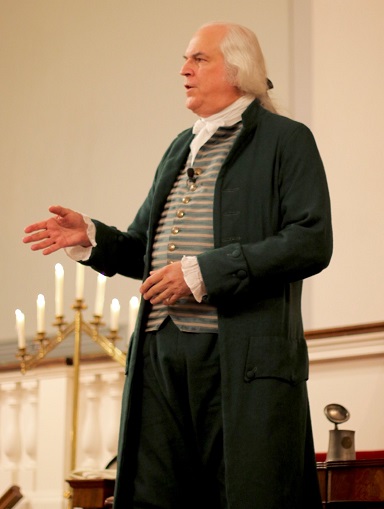 Washington, with a commanding and sometimes challenging presence, and Madison, with a quiet penetrating erudition and analysis, portrayed the complexities of the colonies, each of which was at the time considered “a country,” with its own history, occupations, and religion. They told the story of how, with a determination to gain their freedom from the tyranny of the British, these separate “countries” won a war together, wrote a Constitution, and adopted the motto “E Pluribus Unum,” “out of many, one,” words that sounded to many in the audience to be very Unitarian Universalist.

And they left us with a fine story of Benjamin Franklin, who challenged his contemporaries to interpret the carving of a sun on the horizon as either the dawn of a new day or the coming of night, and to act accordingly. The audience expressed a wide variety of emotions during the presidents’ accounts, including awe, consternation, laughter, and gratitude.

And we extend a very special thank you to Elisabeth Garland, whose sponsorship made the event possible.

It takes a congregation to create an important conversation. 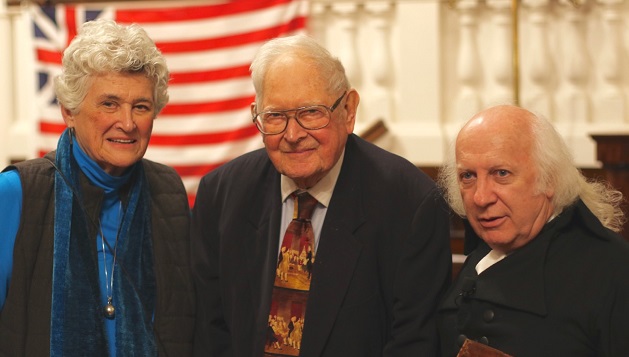