“Temple of Leaves, Church of Grass” 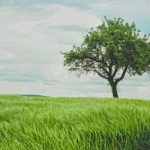 Guests Sven Hansen and Aboud Agha are traveling here from the Midwest. Sven will share poetry of Walt Whitman, which travels through many emotions and ideas—until it reaches Whitman’s ultimate vision of unity and the universality that lies within the diversity of humankind. The morning begins and ends with a deep and inspiring musical performance on the Oud (Middle Eastern lute) by master player Aboud Agha, that utilizes Near Eastern melodies and grooves. The unique sound of this instrument is the perfect compliment to Whitman’s poetry.

Sven Hansen is a health and wellness practitioner who was born to Norwegian immigrants in the American Midwest, where he raised four children and still owns a greenhouse and florist shop. Sven has lived and studied in Norway and India, and is a yoga teacher and sound healer. He is certified in several healing methods and is a meditation instructor with over 20,000 hours experience in meditation and yoga practice. He also plays tabla and percussion in the band MahaRa. Sven has studied Vedic science and holds a degree in world literature from Maharishi International University in Fairfield, Iowa.
Aboud Agha, who grew up in Lexington, is a PhD candidate in ethnomusicology at UCLA, teaching and performing world music throughout the country. He is a master performer of the Oud (Middle Eastern lute) as well several vocal and instrumental styles from the Arab world. Aboud’s music flows directly from the heart, is often deeply introspective and with a rich spiritual flavor. He has conducted music workshops and seminars throughout the U.S and Canada and performed at prestigious venues like the John F. Kennedy Center in Washington DC, Sanders Theater at Harvard University, and the Berklee Performance Center in Boston.

There will be Sunday school classes for grades Pre-K through eight. The nursery will be open for infants and toddlers.